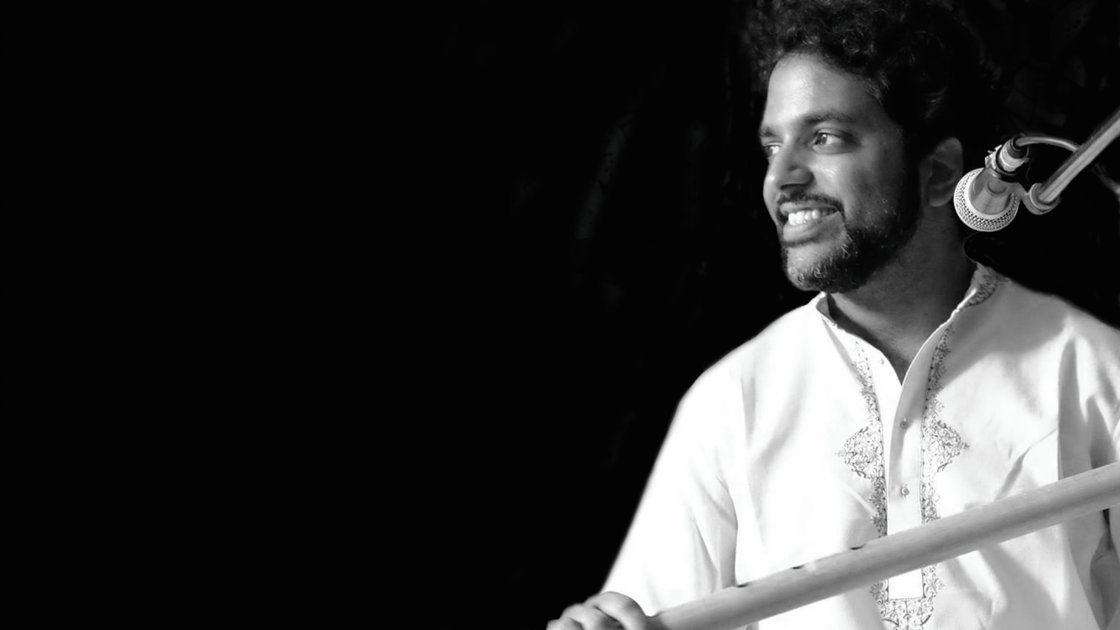 This weekly show is a Hindustani classical bansuri performance, accompanied by tabla.

A multifaceted artist, Jay is a senior disciple of the legendary Pandit ‪Hariprasad Chaurasia‬. In addition to having accompanied his Guru for multiple concert tours, he has established himself as a prominent solo performer of Hindustani classical flute.

His parallel explorations in American Jazz have afforded him the honor of performing with such greats as ‪Ravi Coltrane‬, ‪Reggie Workman‬, Jeff “Tain” Watts, as well as of sharing the stage with the legendary ‪Pharoah Sanders‬.

Based out of NYC, Jay maintains a busy schedule of touring, teaching and as a founding member of the Brooklyn Raga Massive, prominent musicians collective.

Ehren Hanson is a professional NYC based Tabla player, director of the Anindo Chatterjee School of Tabla, and the CEO and founder of Viewcy.com. He began learning tabla at age 15 under Misha Masud in New York City. In 2000, he became a disciple of Pandit Anindo Chatterjee. Ehren went on to teach rhythm as an assistant professor at Bard College in 2002, and in 2005 he received the Senior Performing Arts Fellowship from the American Institute of Indian Studies. He has accompanied great musicians including Pandit Debi Prasad Chatterjee, Pandit Subrata Roy Chaudhuri, and Steve Gorn. Ehren is the director of the Anindo Chatterjee School of Tabla in Brooklyn, NY, and is an active performer and teacher.